A news article recorded that on his birthday last year Joe Biden was in Atlanta preparing for a debate that night. I don't know how long he stayed and, in particular, whether he was there at 1:28 AM the next day, but his bus may not have taken off. If he was still there an hour and a half after midnight, then that's where his Sidereal Solar Return occurred.

The chart is embarrassing and worrisome for Atlanta. A partile Moon-Neptune opposition, which will exist in the chart no matter where it occurs, is right across the horizon in Georgia. Furthermore, his natal Saturn is right at Midheaven, within reasonable orb of square to transiting Moon and Neptune.

It's possible his team whisked him out of there and toward the northeast where he has strong benefics angular - for example, NYC were Venus was on IC or Portland, ME where Jupiter was on IC, or New Jersey or Boston where the two benefics, respectively, squared Aac.

If not, then he and we are in trouble.

His main campaign headquarters are in Philadelphia. If he headed back there in time for the SSR, Venus is 1° from IC, Jupiter 5°, and Moon and Neptune 8°.
Jim Eshelman
www.jeshelman.com
Top

Following up... can anyone find anything more certain about where Biden was at the moment of his SSR?
Jim Eshelman
www.jeshelman.com
Top

Doesn't say where he was, but might explain some of the embarassment.

A DNA test revealed Hunter Biden to be the father of an Arkansas baby he previously said was not his, according to the Arkansas Democrat-Gazette."

All I can find is about the debate. He appears to have vanished from the face of the earth till the following evening.

Edited to add: the following evening in South Carolina. I doubt he went far and came back.
Top

Thanks! I'd missed that.

(I wish it were different and we found he had shot to the northeast. As it is, his charts are quite poor for the election. I ran a bunch of stuff presuming he'd be in Philadelphia on election night, since that's his official campaign center (though he'll vote in Delaware). However, charts are going to be about the same anywhere on the mid-Atlantic coastal.
Jim Eshelman
www.jeshelman.com
Top

I don't want to get too deep into this until he officially gets the nomination. If there is a convention on the new date, he might not get it - the charts are all but prohibitive. Saturn's exact opposition to his Jupiter both for the new convention date and for the election seems extremely prohibitive. I'll do a full workup once we have an official pair of candidates, but a few notes are in order at this point.

I find from recent reading of many years of Spica that the most successful method Brigadier Firebrace had of forecasting elections was a barrage of every Sidereal chart imaginable. His theory (which proved itself in practice) was that anything big shows in multiple ways in one's charts; therefore, we should take a majority vote of a whole barrage of charts and see how the many voices settle.

Biden has Neptune near his natal IC all summer, but never quite crossing it. He has transiting Saturn opposite his Jupiter at key points, including within 0°10' on election night. (Saturn also sesqui-squares his natal Saturn 0°22'. Due to a Mercury-Saturn square that night, Mercury also aspects his natal Jupiter and Saturn.)

Transiting Uranus squares his Pluto 0°14'. This isn't helpful, I think. It shows something that will be true no matter the outcome of the election, i.e., that Biden's life is completely changed forever by that night. Either he will spend what may be most of his last years alive as President of the United States, or his politic career, which has formed the entirety of his adult life, will be permanently over.

His SIDEREAL SOLAR RETURN occurred in or near Atlanta. It's main feature if a partile Moon-Neptune opposition across the horizon and natal Saturn at MC. Mars opposes natal Moon (0°47') - that just shows fight. But the rest of the chart shows humiliation as the main hallmark of his year (or perhaps frailty - his health may be a concern). - Relocating to Philadelphia for election night, the chart is quite different: It shows a well-aspected Venus 1°20. from IC and pushes Moon-Neptune further from the angles. (I think Atlanta prevails, but it may not.)

His SIDEREAL ANLUNAR RETURN (which I personally find the weakest of the early Sidereal favorites) also has Neptune as the only angular planet in Philadelphia, 1°36' from WP. It's one positive virtue is that SSR Venus is on IC. (The Demi-Anlunar October 27 has no transiting or SSR planets on angles, but does put his Uranus about a degree from Midheaven, a better sign.)

The KINETIC ANLUNAR RETURN, which was the Anlunar Fagan & Firebrace ended up writing about in the Primer, is better. Occurring October 15, it has a Mercury-Uranus opposition along the meridian aligned with natal Mars. but also the SSR Mars-Uranus. The October 28 Demi-KAR is quite severe and negative, though, with transiting Mars square SSR Saturn 0°05' near angles.

His KINETIC LUNAR RETURN October 26 for Philadelphia puts natal Uranus 2-3° from an angle. It has other wider angularities, nothing really sharp, but has one outstanding feature. Natal Sun and Venus are both exactly on Ascendant. This is his best chart! (Which isn't bad, because Kinetics are usually very good charts.)

Joe's ENNEAD for October 11 is an interesting enough chart with a Moon-Mercury-Uranus T-square on angles - on natal Mars, which is 1° from EP - but the single most important feature is that (within close orbs, but I haven't calculated them exactly) natal Moon is setting and natal Pluto on MC. This is life-transforming. Again, I can't tell if this means a severe blow from which he withdraws or a destiny moment, a gateway to his final destiny. I can only say it is very powerful.

That Ennead is not the most important chart in the series, though. His DECILIUM (we need a better name for this) occurs October 31. Like the SSR and SLR, its one close angular planet is Neptune, 1°19' from square Asc. Of great interest, though - how does one weight this against the Neptune? - is a stunning luminary alignment:

This puts an entirely different spin on that Uranus-Pluto transit and, taken by itself, I red this as a winning combination.

For Steve, I will list Biden's SOLAR ARC DIRECTIONS. What I fear is the most decisive is that directed MC opposes natal Saturn (0°48') while directed Neptune squares natal MC (0°51'). The former is applying and the latter separating, so the election falls with them nearly to the minute of the midpoint, the closest point for these two considered together. The others are: d Mars sq. r Moon 0°51', d Asc sq. r Mercury 0°54', d Uranus sq. r Mercury 0°29', t Saturn sq. r Venus 0°39', d Jupiter semi-square r Venus 0°49'. On balance, these don't look good.

His SECONDARY PROGRESSIONS has one remarkable feature: Progressed Mercury opposes natal Jupiter 0°11' and sesqui-squares natal Saturn to the minute (0°00'). This is really interesting. I don't think of the Mercury-Saturn in this context as prohibitive of winning, especially under today's conditions, while the Mercury-Jupiter is a very positive sign. Besides this, he's recently past a Moon-Venus conjunction (it's clearly out of orb) with p Moon sextile p Mars 0°11'. (If you switch to the Q1, Moon-Venus is not yet in aspect - it's too early in one and too late in the other.)

Moving on to the quotidians to address the day...

His SIDEREAL NATAL QUOTIDIAN (Q2 variant, which I regard as legit) has nothing on the angles in Philadelphia. Switching to the Q1 variant (of which I am sceptical, but it sometimes produces a sufficiently interesting result to hold any Siderealist's favor) puts natal Saturn on WP.

Of course, Firebrace, Bradley, and others in the 1960s would have taken this entire series of charts and run their Converse equivalents also, doubling the number of votes. I'm not going to do this especially for this preliminary look. However, I will check a couple.

Biden's CONVERSE LUNAR RETURN has transiting Mars on WP but natal Sun-Mercury-Venus rising - Sun about 3° from Ascendant. It's not bad. I'd tip this one chart positive.

His CONVERSE SNQ (Q2), a favorite of the leading '60s Siderealists (who called it simply the Converse Quotidian) produces a different set of progressed aspects, the most immediate of which is c Moon sq. c Mars 0°43', its usual meaning perhaps shifted a bit because it also gives c Moon sq. r MC 0°27'. The worst aspect, though, is c Sun sq. r Saturn 0°27' (but semi-square r Jupiter 0°16'). Regressed Venus squares natal Mercury 0°13'. But the "final word" of a quotidian is its angles, and the Converse Quotidian puts converse Jupiter in the exact degree of Midheaven for election night!

To look at the Converse Q fully, one needs a ring of transits, so I might as well calculate the CONVERSE TRANSITS. These are very interesting, especially because the Saturn-to-Jupiter of normal transits becomes Jupiter-to-Saturn in the converse! (But it picks up a hitch-hiking Mars.)

Conclusion as of right now: It is hard to see a decisively winning night in these charts. This is true whether I take them all at equal value, or whether I weight more heavily the charts I trust more.

This remains uncertain because I already know that Trump's charts have many indications of a serious defeat (the Solar Arcs are strongest in this), but some charts that show a strong chance of winning. This will take more work, which I'd rather not do until we have a solid, official nominee.
Jim Eshelman
www.jeshelman.com
Top

Or is it going to be a virtual convention, with delegates giving speeches from their basements or kitchens, and voting virtually (I hope they don't use the same apps they tried to use at the cacuses!) and Joe accepting the nomination from his basement in Delaware?
Top 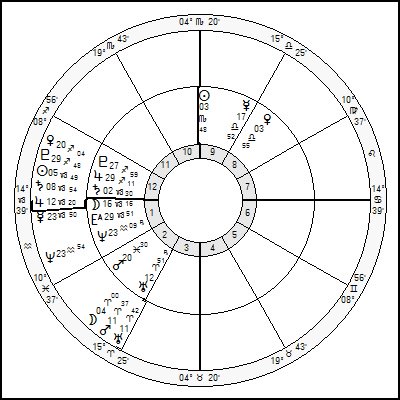 Of course, things will probably get real ugly between the Election and the Inauguration date.

Edited to add missing image tag so people don't have to download your image. -JSAD
Top

After you've pasted your link into your post, highlight it, and then go up and click the little box that looks like a drawing of a mountain and sun. That will add the image tag so your chart will show up in your post, but won't be uploaded to this server. It's just two clicks for you to do this when you post.
Top
Post Reply
10 posts • Page 1 of 1

Users browsing this forum: No registered users and 4 guests